Welcome to the World without Balance Instance!

To start this quest, you must talk to Recruiter Naomi, located in prt_gld 168, 108, who will require you to be in a party of six with the level requirement of 255 for all.

Tip: You can reach Recruiter Naomi by teleporting via the @hub Chauffeur, situated toward right!

Once you have gathered your team, you may talk to Recruiter Naomi to start the instance that happens across three maps.

"What is dead should remain, as if it doesn't, the balance of the world is disrupted."

The appearance of Vanna had raised the Undead King back to life, distorting the balance of life and equity. Draphael opened a dimensional rift between Midgard and the Underworld... calling forth a gloomy castle from the beyond the dimensional rift. Many Rune Midgardian scouts were deployed to gain intel of the mysterious castle, just for them to be unheard of again. Until they re-emerged... as the undead. Now servants of the gloomy castle, they attacked nearby towns and villages, burning them down to nothingness.

Unwavering, the injured Queen called forth the adventurers of Rune Midgard to curb the threat of the ominous castle and its minions.

Adventurers were gathered to defeat the Undead King to restore peace to Rune Midgard. After his defeat, Queen Catherine D. Geoborg, journeyed into Niflheim to investigate the source of the calamity. But the answers would only serve to be a source of further dread. It is learnt that the Undead King was brought into our world by the baleful witch of legends. Vanna, the servant of Jormungandr, the World Serpent. During her investigation, the Queen and her retinue were attacked in the midst of a mysterious fog. Or so says the only survivor to return from the expedition. In urgent response, adventurers set out on a rescue mission to save the queen! But this would only be the beginning or worse things to come. The first map will involve Varunastra who guards the entrance of the Undead King's Castle; to gain access, you must defeat all the Undead Scouts as well as Varunastra to venture further...

In the second map, you and your team must venture into four different entrances that will lead you to four different Elemental Guardians to destroy... but do venture carefully as what meets the eye may be deceiving... 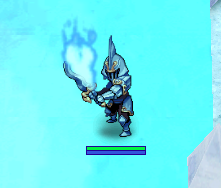 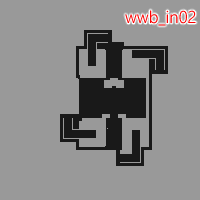 Once all the Elemental Guardians have been defeated, the Deity of Balance will appear to converse with you all before it decides to destroy you all.

You must defeat the Deity of Balance in order to enter the Final Map. 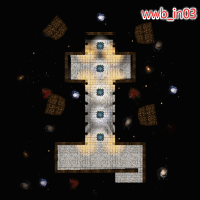 In the final map, you and your team will face off against Draphael, who is both human and angel as the Messenger of Ruler of the Underworld.

Once you have defeated Draphael, you shall be rewarded, but be warned, this is no easy task.

There are two modes: Normal and Nightmare

Here are the two titles that you may claim:

After finishing the instance, you need talk again with Recruiter Naomi to redeem your rewards.

This reward can either be one of the items in the shop, or a Token of Balance (Normal or Nightmare, depending on which mode you played).